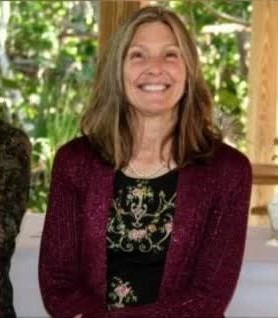 On October 19th, 2020, 62-year-old Fern Baird signed the Prarie Creek trailhead register at 1:17 in the Sawtooth National Forest near Ketchum Idaho, but she never returned. Her Subaru Crosstrek was later located in the parking area.
Fern, from Park City, Utah had been visiting the area when she decided to go on a hike. She asked the hotel personnel if they had any suggestions and Prarie Creek was suggested as a nice hike on a fall day. Fern was an experienced hiker, fit and dressed appropriately for the cool seasonal weather. She was known by her friends to stick to the trails and not take any chances such as taking shortcuts. Prairie Creek Trail is a 10-mile loop that runs along Prairie Creek and crosses small waterfalls. Baird was last seen in a hotel CCTV footage wearing a grey jacket, black pants, and carrying a black fanny pack. She is 5’5 and approximately 115 pounds.
It was on October 22, 2020, that Fern was reported missing after hotel staff saw she had failed to check out. It was on this day that Blaine County Sheriff’s Search and Rescue began their search efforts. A group of 40 personnel scoured Prairie Lake and other nearby lakes in the area using three K9 units, two drones, several Idaho National Guard helicopters, and officers on foot and horseback. The Sheriff’s Office searched for nine days without a clue before calling off their search on October 30th. It was not the outcome they had hoped for. Back in Park City, Utah, Fern worked at Powder Beach Realty where she sold residential homes and managed Vacation rentals. She also founded the company YopaBag; she designed bags for carrying yoga equipment to class. She was very well-liked and had many friends that would gather together to go on hikes. Fern has one son Breck, that lives in California.